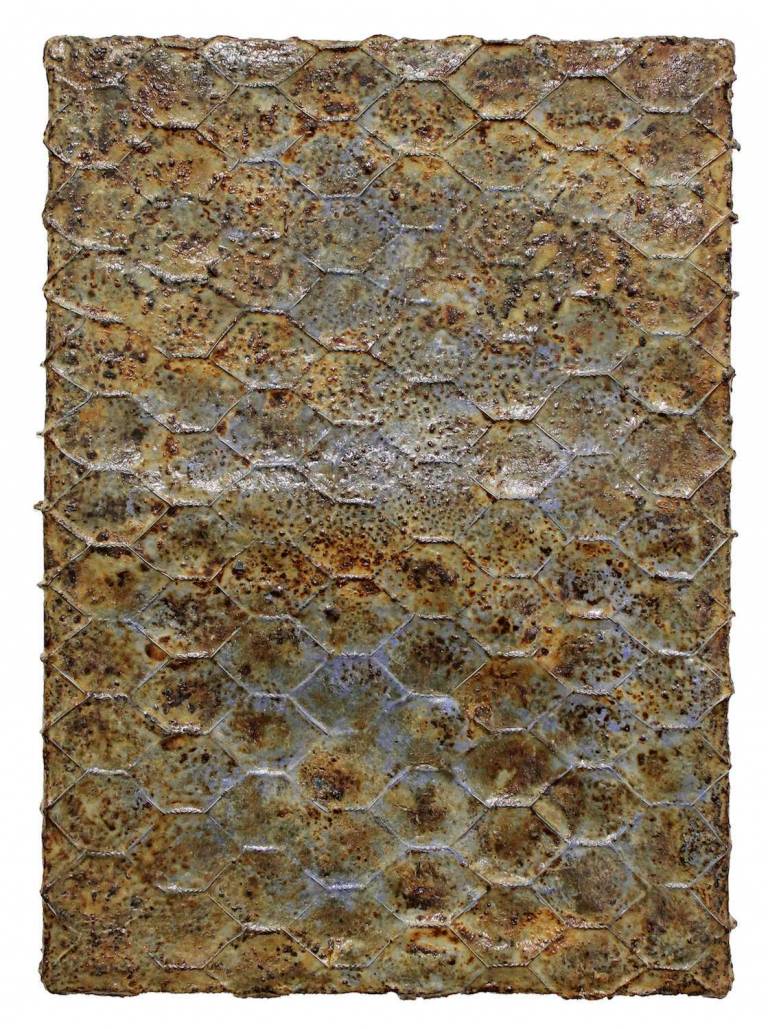 Alan Bee is the pseudonym of a well-known German industrialist and businessman (Karlsfeld 1940 – Munich 2018) who for decades besides all his official activities and his passion for art collecting has passionately and skilfully constructed for himself a fully fledged personality. The assumed name and plausible biographical sketch are completely compatible with the physical corpus of his works: from the fascination with German art, headed by Beuys and Schumacher, to the specific passion for the world of nature, of which bees are one of the universal symbols.

Lover of the natural surroundings of his native Bavaria, Bee was influenced as a young man by the experiences with honey of Joseph Beuys. He has connected his passions with the profound sense of materials and the insertion of objects as advocated by painters like Carl Buchheister, with whom a youthful meeting in Hannover was fundamental, Emil Schumacher, with whom Bee subsequently had various fruitful meetings in Karlsruhe, and Bernard Schulze, whom he frequented in Cologne.

In his will he authorised the diffusion of his own works after his death, while maintaining his real identity secret.